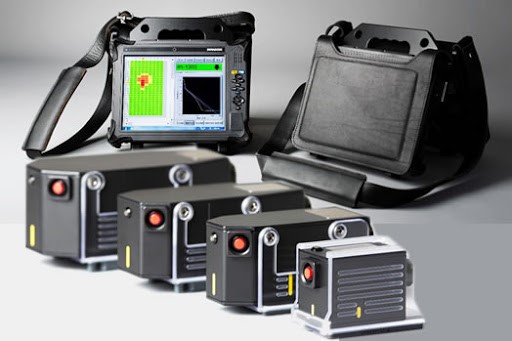 Pulse Eddy Current Testing Services (PECT) is a technique used for corrosion under insulation (CUI) screening on carbon steel structures such as pipes, vessels, tanks and spherical tank legs without the need for contact with the steel surface.

PECT is a static technique able to measure spot percentage variations in steel thickness through any non-destructive and non-magnetic material between the sensor and steel surface such as air, insulation material, concrete, plastic coatings, paint, seawater, marine growth, deposits, oil etc. PECT is a comparative technique where the percentage variations measured on the specimen are compared with a calibration value which is assumed to be the full wall thickness.

The PECT measurements can be split into two phases. In the first phase, a current applied to the transmitter coil generates a magnetic field around the probe known as the ‘primary field’. The primary field is unaffected by the presence of any non-conducting and non-magnetic materials and penetrates undisturbed through the coating to reach the steel surface below.

In the second phase of the measurement, the current in the transmitter coils is switched off and as a consequence, the primary magnetic field collapse. The changing magnetic field induces electrical eddy currents in the surface of the steel material and these eddy currents generate a secondary magnetic field that reaches the receiver coils of the PEC probe inducing a voltage to this. The magnitude of this voltage as a function of time is referred to as the ‘PEC signal’.